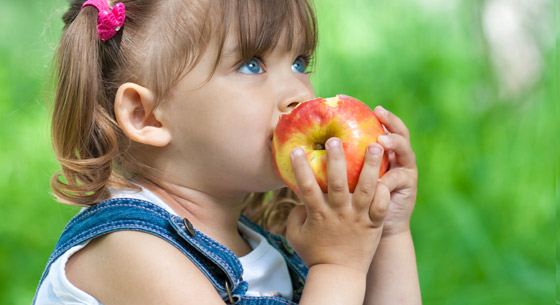 Nestlé’s baby food brand Gerber has launched a new initiative with the local government in the American state of Michigan to help reduce childhood obesity rates.

The company will share its nutritional expertise and help educate parents and carers on healthy eating as part of the Pure Michigan FIT programme.

“We will be starting out small but the goal is to teach parents to raise happy, healthy families,” said Jennifer Holton, of the Michigan Department of Agriculture and Rural Development.

The programme aims to tackle obesity in childhood from toddlers to teenagers.

Governor Snyder backed the initiative in his state address as part of a pledge to tackle childhood obesity in Michigan in 2012.

Statistics from a national survey revealed that nearly 14% of children aged two to five years from low-income families in Michigan are obese.

Nearly a fifth of all teenagers in the state are overweight and more than 12% have been diagnosed with obesity.

Programme members will also work with hospitals and medical schools to provide nutritional information and training for the medical community.

Gerber will extend its nutritional expertise as the state hopes to launch a new website bringing all the information together for parents with young families.

The programme draws on the findings of Nestlé’s Feeding Infants and Toddlers Study (FITS).

More than 3,200 children were included in the first survey in 2002. It is the largest, most comprehensive study of the diets and eating habits of infants, toddlers and pre-schoolers in the United States.

The research showed most children have poor eating habits from an early age. For example French fries were the most commonly eaten vegetable by toddlers.

Expanded six years later to find out whether eating habits had changed, the 2008 study revealed fruit and vegetables were still lacking in children’s diets.

“The Nestlé Feeding Infants and Toddlers Study has shown us that within the first 24 months dietary patterns are established,” said Ms Holton.

“We want to establish healthy eating as a long-term habit,” she added.