Nestlé Purina celebrates a decade of passion for pets 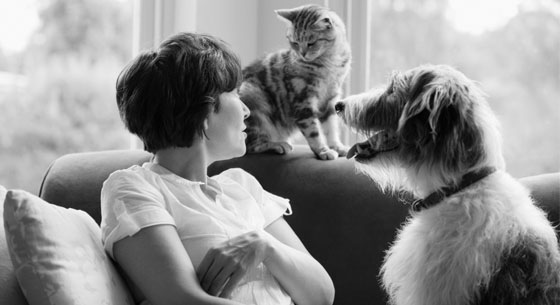 Nestlé Purina PetCare is celebrating ten years of being passionate about pets.

The company has built a reputation for improving pets’ lives thanks to its expert ability to identify and meet the needs of dogs and cats, and their owners.

“Pet ownership should be a delight,” said Pat McGinnis, Chief Executive Officer of Nestlé Purina PetCare North America. “We want the pet and pet owner relationship to be a joyful thing.”

The ‘purity’ in Purina

Nestlé Purina was formed when Nestlé acquired the Ralston Purina pet care company in December 2001. It is the largest acquisition in Nestlé’s history.

Ralston Purina was founded in the United States in 1894. The name ‘Purina’ was based on the word ‘purity’ to reflect the company’s dedication to creating quality products.

Nestlé Purina is now one of the world’s largest pet food companies, with global sales of more than CHF 13 billion in 2010.

“The passion Nestlé Purina employees put into enriching the lives of pets and the people who love them is directly responsible for our position as one of the world’s leading and most innovative pet care businesses,” added Mr McGinnis.

“Our employees genuinely love animals. In many of our offices we encourage them to bring their dogs and cats to work.”

Nestlé Purina manufactures, markets and distributes food and treats for dogs and cats, as well as cat litter, for sale in more than 100 countries worldwide.

A total of five Nestlé Purina dog and cat food brands have become ‘billionaire’ brands in the last decade with annual sales of more than CHF 1 billion.

They are: Friskies, Purina Dog Chow, Beneful, Purina One and the Purina corporate brand.

Pet ownership should be a delight. We want the pet and pet owner relationship to be a joyful thing. Pat McGinnis, CEO of Nestlé Purina PetCare North America.

Its scientists made a nutritional breakthrough that can help improve brain function in ageing dogs.

This neuron-targeted nutrition helps to sustain the cognitive ability of older dogs, improving quality of life for them and their owners. It is used in Nestlé Purina product formulations for ageing dogs in the US and Europe.

Nestlé Purina's strong understanding of how people relate to their pets has enabled it to creatively connect with consumers using technology.

It has produced a European TV commercial using high-pitched sounds to capture dogs’ attention, as well as a series of iPad games for cats.

The company has also developed a range of mobile applications for pet owners.

These include ‘Petcentric’, which locates ‘pet-friendly’ places in the US, and ‘Petometer’, which helps owners to maintain their dogs’ fitness.

Nestlé Purina's efforts to develop smaller, denser kibbles for its premium dry cat food products in Europe have resulted in a considerable reduction in packaging.

In the United Kingdom, the company reduced cardboard packaging across the Go-Cat range by 10%, saving 195 tonnes of packaging per year.

The recycling initiative ‘Together We Can’ has encouraged consumers in the US and in the UK to recycle millions of empty dog and cat food cans.

Purina One Beyond, a recently launched dog and cat food range in the US, uses packaging made from at least 92% renewable materials.

Click here to watch a video about Purina One Beyond

One of Nestlé Purina's main priorities is to promote responsible pet ownership.

In the US, the company is the main sponsor of Adopt-a-pet.com, the largest non-profit web service in the US for placing abandoned animals in permanent homes.

These are mainly aimed at primary school children, the potential pet owners of the future.

BEST IN SHOW: Celebrating at our world-class event centre in St Louis, Missouri.

Nestlé Purina has extended its long involvement in top-level dog and cat shows by building its very own world-class event centre in St Louis, Missouri, in the US.

The multi-million dollar building near the company’s North American headquarters can accommodate thousands of dogs and cats, as well as their owners and handlers.

Click here to watch a video about the event centre opening

Best in the business

In recognition of its success, Nestlé Purina became the first consumer packaged goods company, and the first pet food manufacturer, to receive the Malcolm Baldrige National Quality Award in the United States in 2010.

The Baldrige Award is the only formal recognition of performance excellence given by the President of the United States to public and private organisations in the country.