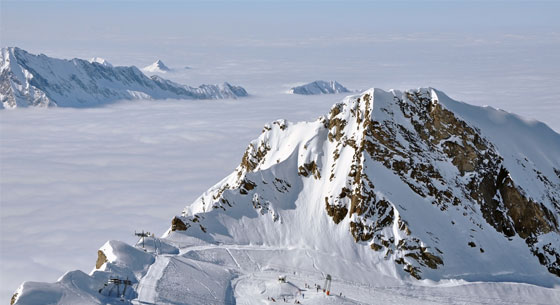 Nestlé is using the same specialised technology avalanche experts use to study snow to improve the quality of its ice cream.

The company’s scientists are working with the Institute for Snow and Avalanche Research in Switzerland (SLF) to examine the microscopic ice crystals found in both snow and ice cream.

Their research relies on the only x-ray tomography machine in the world that allows long-term observation of tiny particles in a substance at temperatures of zero to minus 20 degrees Celsius.

Experts at the SLF monitor the evolution of ice crystals in snow and how this affects its properties: key factors for understanding avalanche formation.

Ice crystals affect the properties of ice cream in a similar way, altering its texture and structure as they grow and change shape.

The collaboration aims to help Nestlé to solve a universal problem for all ice cream manufacturers: how to maintain the product’s original texture and structure for longer.

“As part of its natural ageing process, the ice will separate from the original ingredients such as cream and sugar.

“When you store ice cream in the freezer at home for a prolonged period, you will eventually see ice crystals begin to form in the product. This is water from the ice cream itself,” he added.

Across the ice cream industry, consumer feedback about boxed ice cream that is stored in the freezer often relates to its texture and appearance.

“We know temperature variations are not good for ice cream quality,” Dr Limbach continued. “These variations can occur at different stages of the product’s transportation and storage.

“For example, most home freezers are set at minus 18 degrees Celsius, but the temperature doesn’t remain constant.

“It fluctuates by a couple of degrees in either direction, which causes parts of the ice cream to melt and then freeze again. The ice cream can sometimes become chewy due to loss of water or air, or icier and harder to scoop.

“At Nestlé we work extremely hard on our ice cream recipes to ensure their stability and quality under this kind of temperature variation, but we are always looking for ways to make them even more robust,” he added.

The x-ray machine allows Nestlé to record the size and shape of ice crystals and air bubbles in ice cream under home-freezer conditions.

“It’s very difficult to examine material at around minus 20 degrees,” said Nestlé scientist Dr Cédric Dubois, who also works on the study.

“X-ray technology is normally used at room temperature, but this machine works within exactly the right range for frozen food.”

“Previously, we could not look inside ice cream without destroying the sample in the process. This method is non-invasive and does not disturb the product.”

The study found that as some ice crystals grow in size they fuse together, creating bigger crystals which cause the texture of the ice cream to coarsen.

“We already know the growth of ice crystals in ice cream is triggered by a number of different factors,” added Dr Dubois.

“If we can identify the main mechanism, we can find better ways to slow it down.”

Nestlé’s scientists’ findings have recently been published online in the journal Soft Matter.

A follow-up study is now underway with the SLF and a research group at the Paul Scherrer Institute in Switzerland. This will give the scientists access to technology that should enable them to examine even higher resolution images of the microscopic particles in ice cream.