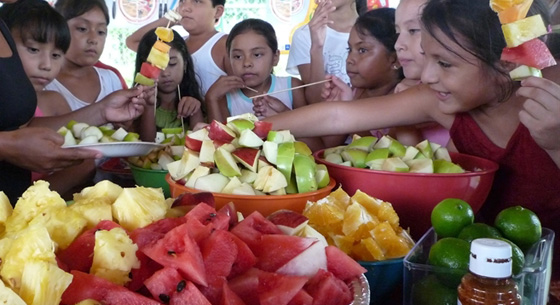 Nestlé has begun a three-year partnership with the International Diabetes Federation (IDF) as part of its contribution to the fight against non-communicable diseases (NCDs).

NCDs, including cardiovascular diseases, diabetes, cancer and chronic respiratory diseases, are the leading cause of death in virtually all countries around the world.

Nestlé believes it can help tackle these urgent health challenges, working with partners like the IDF, whose mission is to advance diabetes care, prevention and a cure worldwide.

“As part of our commitment to nutrition, health and wellness, we will work with the International Diabetes Federation to build awareness and promote healthy lifestyles including healthy nutrition and physical activity,” said Janet Voûte, Global Head of Public Affairs at Nestlé.

“It highlights our capabilities and expertise in addressing non-communicable diseases, while reaffirming our responsibility in tackling the growing challenge of chronic conditions such as overweight, obesity and diabetes worldwide,” she added.

The partnership aims to raise awareness on the need for increased action to prevent non-communicable diseases.

Recent figures released by the World Health Organisation showed that over 36 million people die from these kinds of diseases each year.

According to the WHO, NCDs account for two out of three deaths and about half of the total disabilities worldwide.

And yet, nine million deaths are preventable before the age of 60.

The first set of joint activities and initiatives will be organised to support World Diabetes Day on November 14, the world’s largest diabetes advocacy and awareness campaign celebrated every year.

Nestlé and the IDF will work over the coming months to define joint programmes to promote diabetes education and prevention.

The two partners will explore potential synergies with the Nestlé Healthy Kids Global Programme that currently reaches about six million children in 60 countries.

The new partnership is Nestlé’s latest commitment to raise awareness about diabetes.

Nestlé in India partnered with the National Diabetes, Obesity and Cholesterol Foundation (N-DOC) in 2010 to develop nutrition initiatives to help manage diabetes.

The collaboration seeks to understand how local diets and changing lifestyles increase the problem of diabetes in the country.

Nestlé Health Science, through its Healthcare Nutrition business, provides nutritional products designed to help patients in many countries manage diabetes and minimise its common side effects.

Nestlé’s efforts to combat non-communicable diseases are part of its approach to business which it calls Creating Shared Value.

The company aims to create value for its shareholders while at the same time creating value for the communities it serves and in which it operates. Nutrition is one of Nestlé’s three key focus areas, as well as water and rural development.

Nestlé committed to a UN initiative known as ‘Every Woman Every Child’ during the 2011 UN General Assembly as part of its efforts to improve the health of women and children.

As part of Nestlé’s Healthy Kids Global Programme, the company works with partners in different countries to teach school age children the value of good nutrition and physical activity.