Portugal, 19 January 2015: For the first time since becoming a full-fledged member of the EPODE International Network (EIN) in May 2014, The Nestlé Healthy Kids Program – Ajyal Salima took part in EIN’s European Obesity Forum in Portugal in November, sharing best practices with participants from around the world on how to tackle obesity through school and community based programs based on partnerships and collaborations among various public and private entities. 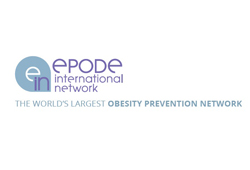 EIN, which encompasses over 36 programs in 24 countries, welcomed Nestlé Ajyal Salima as the first from the Middle East into its family after the Program was demonstrated in an American University of Beirut (AUB) study to lead nine-eleven year-olds to have better eating habits and increase their general nutrition awareness threefold.

The Program established another regional first recently when the Lebanese Ministry of Education and Higher Education adopted it to incorporate nutrition awareness into its Health Education Unit’s curriculum. The move came four years after its 2010 launch by AUB and Nestlé with the Ministry’s support, during which it reached more than 140 schools and 11,000 students across Lebanon. 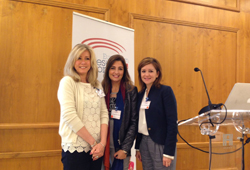 Nestlé Ajyal Salima had also rolled out in Dubai in September 2012, in partnership with the Dubai Health Authority; the Dubai Education Zone; the Princess Haya Initiative for the Development of Health, Physical Education & School Sports; and Nestlé Middle East. It then launched in Saudi Arabia in 2014, with the endorsement of the Ministry of Education as a collaboration between Nestlé Middle East and the Tatweer Education Holding Company -- a strategic investment company established in 2009 in accordance with a Royal Decree to accelerate education development in the Kingdom.

“We were honoured to present our scientific findings through a poster at the EIN European Obesity Forum, and very fortunate to mingle with and listen to people from around the world tackling the same issues of children’s nutrition and obesity prevention that we do in the Middle East,” said Nestlé Healthy Kids Middle East Program Manager Karine Antoniades Turk.

Part of the Global Program, the “Ajyal Salima” curriculum was developed by the American University of Beirut to answer specifically to Middle Eastern community issues and address children nutritional habits and requirements. It encompasses three components that include classroom educational sessions consisting of interactive learning and hands-on activities, healthy eating, and physical activity; parental involvement; and interventions at the school shop/canteen level.