Under the auspices of the National Council for Women and in conjunction with the International Day of the Girl, "Nestlé Egypt" launched a campaign titled "Because You Are a Girl" in cooperation with the American Chamber of Commerce and "Out of Z Box" company. The campaign aims at achieving equality for girls and benefiting from their competencies and capabilities by supporting them in all areas of life without limiting them to specific roles, or imposing restrictions on them, or depriving them of their rights to engage in various businesses.

Dr. Maya Morsi, President of the National Council for Women, expressed her happiness with both the campaign and Nestlé’s interest in supporting women and girls’ issues in Egypt. She also communicated her pride in the exerted efforts of corporations and their awareness of the concept of social responsibility and working to implement it. Dr. Maya added that such practices are in favor of implementing the sustainable development goals, hoping that institutions and companies will follow Nestlé’s lead in this field and to see more successful initiatives and campaigns that support Egyptian women and girls.

Dr. Maya Morsi stated that the campaign is in line with the Egyptian government approach to support the empowerment of women and girls in implementation of the directives of President Abdel Fattah El-Sisi, who believes that empowering women is a national duty and is the way to achieve progress and renaissance in society. She also said that the path for the Egyptian girl is now clear for her to realize her dreams and ambitions in an era that believes in and supports her abilities and capabilities.

Finally, the head of the National Council sent a message to every Egyptian girl to aim for high ceilings when it comes to her dreams, for the sky’s the limit, and to chase her dreams with all the strength in the world, believing that she is the foundation for a promising and bright future and that nothing is impossible for her. 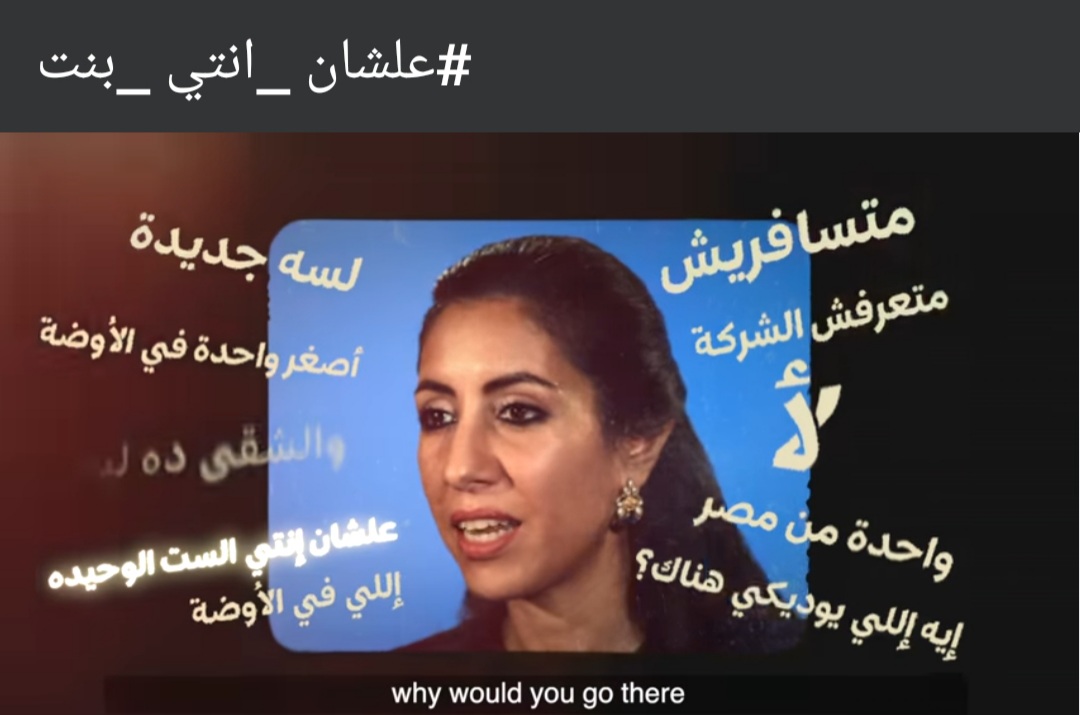 Sylvia Mansi, Executive Director of the American Chamber of Commerce, also expressed the Chamber's commitment to the advancement of women in society and especially within the business community by supporting this important initiative and other similar initiatives aimed at raising awareness and changing common perceptions that impose restrictions on the advancement of women in all areas. Mansi added that the Women's Business Committee at the U.S. Chamber of Commerce is the umbrella that leads such efforts and advocates for stronger representation of women in the workplace and building relationships with outstanding networks of commercial businesses, entrepreneurs, organizations, associations, and chambers of commerce.

Nahla Kamal, Executive Board Member and Head of Marketing communications & Corporate Affairs at Nestlé Egypt said, “The company has a global commitment to empowering women, and is keen to adopt a work model that supports gender equality and ensures that women are able to balance their employment and other responsibilities they bear as a wife and mother. This is a vision that we hope will prevail in all places where women work, so that their capabilities, competencies, and abilities, which account for half of the society, can be used and benefited from. Therefore, “Nestlé Egypt” launched the “Because you are a girl” campaign, to support the role played by the girl from the very beginning and to encourage her to realize her dream and fulfill her role that serves society as a whole.

In regard to the “Nestlé Global Strategy” that Nestlé Egypt adopts in promoting gender balance, Kamal explained, “We have helped achieve economic empowerment throughout our supply chain, and we constantly strive to improve our policies and associated training programs to create inclusive work environment in the true sense, which includes the best practices of maternity leave policies for parents. And for the second time, we have been lauded by the Bloomberg Gender-Equality Index for promoting gender balance in the workplace. In terms of numbers, women make 45% of Nestlé management team; we’re also building a more diverse company through the Gender Equality Acceleration Plan launched in 2019 with the goal of increasing the proportion of women in our top 200 senior executive positions to 30 percent by 2022.”

Kamal added, “It is worth noting that the campaign aims to encourage girls to pursue their dreams by shedding light on models of prominent Egyptian girls and women who have accomplished major achievements in overcoming challenges and did so with the support of their families, in addition to their conviction in the power of being girls. Finally, we hope the campaign achieves its goal in helping other girls reach their full potential.”

The campaign’s name is driven from a common saying and perception that limits the capabilities of women and girls and sets boundaries to their aspirations. The term “because you are a girl” is regularly associated with “you can’t operate in a specific field,” or “should not play this specific sport,” hence, restricting some activities to males and excluding females. To this end, Nestlé’s choice of the name aims to cut through the stereotypes.

Despite this, girls were able to perform multiple tasks and achieve great results by going above and beyond to utilize the available resources and benefit from their personal skills, allowing them to make intentional life choices that bring them satisfaction and fulfillment. Therefore, there is a pressing need to offer our girls the guidance and empowerment they require.